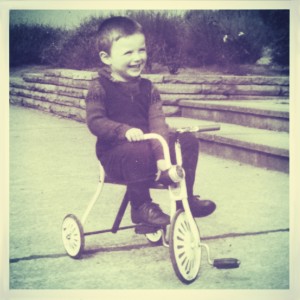 The most original authors are not so because they advance what is new,

but write as if it had never been said before.

It’s good to shut up sometimes.

Christyan Fox spent most of his childhood drawing and writing and dreaming of exotic cars – to the consternation of his loved ones.

Now he’s grown up and although his dress sense is a little juvenile and a few of his film choices are tinted with rose-coloured nostalgia, on the whole he likes to think that he became an almost fully-rounded adult: university, job, marriage, family and lots of tedious responsibility.

Like all good Ikea-toting upper middle-class aspirational types he eats meals devised by TV chefs, pretends to know about wine and tries hard to convince his friends that he reads Russian and French novels and listens to classical music.

Nowadays he spends his time drawing and writing, while most of his money went on the old cars he used to dream about – to the consternation of his loved ones.