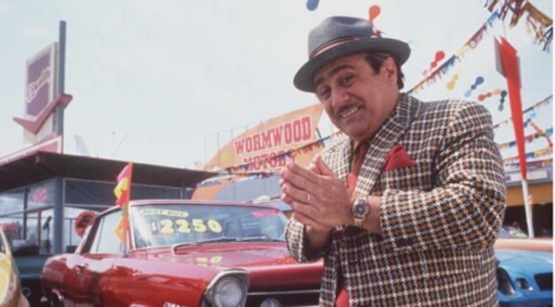 You can’t always get what you want.

But if you try sometimes, you just might find,

You get what you need.

I should take a moment to explain that I like cars.

I study motoring journalism with the serious contemplation others reserve only for spiritual enlightenment. When it comes to cars (or motorcycles or watches for that matter) I am a self-confessed, anorak-wearing geek.

Over my last three car purchases I’ve been in the unusual (for me) but very happy position of buying new. I enjoy reading a lot of different opinions about the models I’m considering but I’m intelligent enough to assume that I may differ in height, weight, age, gender, temperament, education, culture, diet and beliefs to those journalists and that a test drive of a vehicle before handing over a large briefcase full of cash doesn’t seem too unreasonable.

While I can appreciate that my expectations of a champagne reception were unlikely I thought the dealerships might at least be pleased to see me (or more realistically, my money). But requests for a test drive were greeted with reactions ranging from affront:

How could I dare to question the veracity of their brochure’s claims?

Was I really going to put them through the inconvenience of having to sell me a car?

…to being ignored, or in one case the lone salesman being absent altogether:

A Swedish dealership didn’t have my choice in stock but offered to let me drive a completely different, larger model with a different engine and transmission, along with the assurance that it would give me a reasonable ‘feel’ for the car – they were all ‘essentially the same’. Another Swedish dealer advised me to return in a month when they might have a demonstrator available. They have since gone bankrupt.

The Italians suggested I might like to visit their other showroom where a demonstrator (with the wrong engine) was available. In Derbyshire. 150 miles away. Another branch of the Italian firm seemed appalled that I’d interrupted their conversation with something as trivial as a request to look at a car. I was the only customer in the showroom.

The ‘pile ‘em high, sell ‘em cheap’ attitude of a British dealer was refreshingly honest. He didn’t have an estate model to drive and didn’t think it likely he’d ever have one available. The saloon version was also absent that day and of a different specification anyway. The salesman was apparently more interested in his sandwich.

A French dealer was on the phone for 20 minutes before thrusting me the keys to a car so that I could check the all-important boot dimensions and presumably sit and make brum-brum noises. When I returned 15 minutes later he was still on the phone so I left. Another French showroom ushered me outside to a car that was up on a service ramp. They didn’t seem very keen when I asked if they could bring it down. And it was brown.

The German’s had no pushchair access to their showroom. Actually they protested that they did have access, but had parked their cars too close together to use it – so I had to leave my wife and son outside. The sales people then proved so obnoxious that I gave up after a few minutes. The second German dealership had excellent access, but was obnoxious anyway.

The Japanese experience was the most successful: not only did they have a petrol model available to drive but were also able to supply the equivalent diesel model for a back-to-back comparison, albeit on different days. Outstanding. Unfortunately the salesman was an idiot with little knowledge of the different cars he was tasked with selling… knowledge with which he could easily have familiarised himself over a couple of hours relaxed study. And the cars – though admirable in many ways – were vile to drive.

I can sympathise with a dealer who is tasked with several different models equipped with a bewildering combination of trim, engines and transmissions, making it very difficult to supply the customer with a sample of the car he’d like to buy. Conversely they expect you to hand over £15,000 – £100,000 for a vehicle you haven’t been able to drive, or in some cases see.

Apparently my friends don’t share my concern: an (admittedly unscientific) survey tells me people rarely bother with test drives, either putting their faith in road tests conducted by people they assume are more qualified than themselves or blindly in the belief that all cars are now ‘good enough’. One friend recently paid over £40,000 for a car he’d only seen in a photograph. Another spent as little as 15 minutes on her purchase – as long as it took to sign the paperwork – and wasn’t even particularly bothered about the colour.

It’s not as if you can just take it back – the car will probably be ordered to your specification and unless there is a serious mechanical fault any ‘design quirks’ will have to be endured throughout your ownership. What if you don’t like the steering? Or the gearbox? Or the way the engine delivers its power? Or the noise the doors make when you slam them? Or the way the seatbelts cut into your neck? Or that the seats give you back ache on long journeys? Will the right badge really be enough compensation?

I refuse to believe that cars have really descended to the level of domestic appliance, they’re just too expensive and have too many emotional and visceral qualities for people not to care, but are they all now so reliable and similar in driving experience that the only critical decision remaining is one in which the buyer decides whether the brand’s badge fits their lifestyle?

Can dealerships change? I was recently encouraged by an article about a dealer that had become a car ‘boutique’, claiming to be more customer-focussed than traditional outlets. You could ‘interact’ with (presumably sit in) the cars on display and choose whether or not you wanted to ‘interact’ with (presumably talk to) a sales person. You could buy a T-shirt, drink espresso or watch a film. It was said to be an ‘experience’ – but the thing you were experiencing seemed to be the brand rather than the actual vehicle.

Sadly there was no mention of driving one of their cars.